Living in Arlington for over 52 years I have always known what a great town we have.  What draws others to our Town? What makes it a desirable place to live? Is it the proximity to Boston, our great schools, the rich history or our affordable prices.  I think it is a combination of all and much more. Our Market is thriving when others are not so there is something driving people to our town.  In the article below it tells how well the Arlington Housing Market is really doing and shows how we are one of the Best Housing Markets in the United States in 2011.

With other towns in the United States having diffucult times in this current Housing Market,  Arlington, Massachusetts is doing well. Arlington has ranked 2 out of 5  for the best housing markets in 2011 according to the article by Venessa Wond, Blooberg Businessweek October 24,2011.  http://realestate.yahoo.com/promo/americas-best-and-worst-housing-markets-2011.html. Instead of going down Home Sales in Arlington have increased in the last 4 years: According to Boston.com.

Arlington History: Arlington, Massachusetts was founded over 350 years ago, and remains proud of its history, even as it has grown into a thoroughly modern community. The birthplace of Uncle Sam, the location of the first public children's library, and the site of most of the fighting when the British marched through it returning from the Old North Bridge at the start of the Revolutionary War, Arlington has preserved many of its historical buildings and even recreated its town common.

Tour Arlington MA Homes:  If you are looking for a home in Arlington MA or the surrounding Boston areas, contact Sweeney & O'Connell Real Estate or call 781-643-7478 for a tour of Arlington MA and other area homes for sale. For a Quick look at current listing on the Arlington Market we offer one click searches below.  We also offer search homes by school district, advanced searches or you could sign up for daily e-mail alerts that will keep you on top of the new listings as they come on the market.  What ever your real estate needs are Sweeney & O'Connell Real Estate is here to help you

Rates are at record Lows....Prices of homes are low....Don't miss out on this great opportunity!

"When the Fed talks, people listen. And last week, the Fed made headlines when Fed Governor Daniel Tarullo called for the Fed to engage in another round of Mortgage Bond purchases...or in other words, another round of Quantitative Easing (QE3). Read on to find out what this could mean for the housing market and home loan rates.

In order to really have an impact on housing, the Fed would have to announce something significant to get people to buy a home. Why? Because even now, with rates at historically low levels and incredible affordability levels, the sales pace in housing is tepid, due to structural problems in the labor market, which the Fed can't fix.

In fact, there is a lot to consider before the Fed starts expanding their balance sheet, and the biggest concern is rising inflation. Contrary to what the Fed has said about it moderating, year-over-year inflation is on the rise. The headline Producer Price Index (PPI) rose by a whopping 0.8% in the month of September, elevating year-over-year wholesale prices by a hot 6.9%. Meanwhile, the Consumer Price Index (CPI) for September rose by 0.3%, and while this was in line with estimates it pushed the year-over-year number to 3.9%. This is significant because the year-over-year figure was just 1.6% in January.

Remember, inflation is the arch enemy of Bonds and home loan rates. The concept is very simple: If inflation rises, investors in Bonds demand a higher yield to offset the lost buying power inflation imposes on a fixed payment. And as home loan rates ar 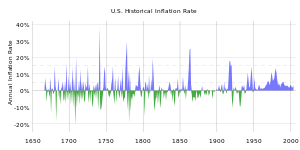 And let's not forget the ongoing drama out of Europe. French and German leaders will hold two summits in the span of four days to come up with a resolution to the European debt crisis. Whichever way this news goes could have a real effect on the markets, including Bonds and home loan rates." 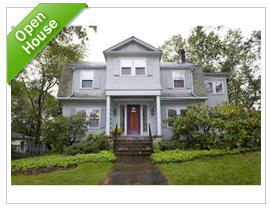 View all MLS upcoming Open Houses for Arlington & Arlington Area Towns by using our Quick Town Searches. If you would like to search open houses by a specific town or all towns use our MLS Advance Property Search

If you can not make an open house or if the home you are interested in viewing a home that does not have an open house,  contact us to make an appointment for a private showing.

Would you like to know what your home would sell for in Today's Market?  Contact Sweeney & O'Connell Real Estate or Call 781-643-7478 to speak to one of our Real Estate Agents for a Complimentary Market Analysis of your home.

Tips for Selling Your Home Before the End of the Year

The fourth quarter of the year can cause some sellers to worry if their home hasn't sold yet. But according to Trulia.com, there is still time to sell. 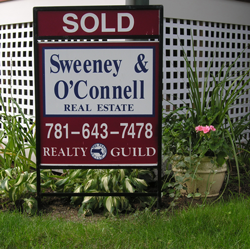 Typically, many buyers are eager to move and get settled in before the school year and holidays begin but that doesn't mean you should be discouraged. While the spring is considered a peak selling period, I recall looking for a home in the winter months and successfully closing just after the New Year. However, I am on the west coast and location does make a difference. Looking for homes in California doesn't require driving around on icy roads, trudging through snow-covered walkways or stormy weather. Even if you're not in more mild climates, there is still time to sell your home.

In fact, there are some key factors that may help sell your home. First remember that the number of buyers may be reduced as we head closer to the holidays. Many people simply don't want to juggle the holiday rush and house hunting.

Make The Most of Every Home Showing

On the other hand, there will be some serious buyers looking for a very nice holiday gift for themselves. If they're out shopping in dreary weather or nearing the holidays, it could be because they're extremely serious about making a purchase before the end of the year. With this in mind, be sure to make the most of every showing. Don't let things slide with the upkeep of your home because you are juggling selling a home, working, or taking care of the kids. Selling your home in the fourth quarter must be a priority and the closer to the beginning of the quarter the better.

When considering how long to keep your home listed through the holidays, experts suggest looking at the rates of sales activity in your market. Some areas can be pretty bleak, but that doesn't necessarily mean there's no chance of selling. Remember, that some people may even have tax reasons and need to purchase before the end of the year.

Expert staging of your home will suit you well. This is a time of year when homeowners bring out a lot of stuff that may be very appealing to them-pumpkins, turkeys, holiday and religious ornaments-but those things don't always impress buyers. In fact, they can annoy them and make the house seem cluttered. This is not to say you can't have some nice seasonally appropriate decor. However, the fourth-quarter sale requires a good strategy like using an expert stager. If there are a a reduced number of buyers seeing your home, make the most of each showing by having a spectacularly staged and clutter-free house to show off. Staging provides a competitive advantage.

Another reason this fourth quarter may see more buyers is that interest rates remain historically low. The potential threat of a rise in mortgage rates could have more buyers eager to lock into an excellent rate, even if it means a move during the holidays.

However, you can also negotiate the sale and make arrangements so that you can still stay in your home for the holidays and make the move after the first of the year. Another effect of the holidays, buyers tend to be more emotional and may spend more during this time of year. Couple that with potentially fewer homes on the market and you may have the perfect setting for an ideal sale.

A Complimentary Market Analysis of Your Home.

Don't miss out on the great home deals in Arlington MA especially with the Mortgage Rates at Record Lows.  Contact Sweeney & O'Connell Real Estate or Call 781-643-7478 to speak with one of our Real Estate Agents and be in your dream home by the end of the year.

1-year Treasury-indexed ARM averaged 2.83 percent this week with an average 0.6 point, up from last week when it averaged 2.82 percent. At this time last year, the 1-year ARM averaged 3.48 percent.

Frank Nothaft, vice president and chief economist at Freddie Mac, reports, "Fixed mortgage rates fell to all-time record lows this week following the Federal Reserve's announcement of its Maturity Extension Program and additional purchases of mortgage-backed securities. Interest rates for ARMs, however, were nearly unchanged as the Federal Reserve plans to sell $400 billion in short-term Treasury securities, which serve as benchmarks for many ARMs."

"Meanwhile, the spring and summer home-buying season gave a boost to a number of house price indexes. The Federal Housing Finance Agency reported that its National index (not seasonally adjusted) rose for the fourth consecutive month in July. Similarly, the S&P/Case-Shiller® 20-City composite index, which has a broader scope of properties, rose 0.9 percent between June and July with 17 of the cities experiencing positive monthly growth. Finally, CoreLogic® reported that its index, excluding distressed sales, increased at a 1.7 percent monthly rate for the same month."

"I liked working with Bill Copithorne. He knows his business,educated me enough in his business so that I understood what he was going to do & why, he speaks [...]

We are writing to express our pleasure with real [...]

It was suggested to me by my P&C Agent to use Bill Copithorne to sell my family home/ rental property in Arlington. Bill was [...]

"Bill Copithorne worked for me as a real estate agent on one house purchase and one condo sale. He was [...]

"I have used Bill Copithorne's office to look at homes, buy a house and sell a house.  This has been a succesfull business relationship over the years.

Kate Moscatel is truly passionate and realistic about her work as a real estate professional. She treats every aspect of a transaction as if it were her own property yet listens to and respects [...]

Bill Copithorne with Sweeney & O'Connell Real Estate made what could have been a difficult process almost easy. His responsiveness, attention to detail, and [...]

"Bill Copithorne was a fantastic buyers agent for me. He helped me find a place I am still happily living in and even negotiated for me a great price (better [...]